This is a historic article. Click here to view this year's ride.

Ride 4 Women is a women's cancer awareness initiative in cooperation with ESGO and ENYGO, which educates about women's cancer and inspires women for a conscious and healthier lifestyle. The core of this initiative is the annual bicycle tour. You can find the rides 2014 and 2015 on the initiative's website.

y 1, 2016 Ride 4 Women started in Vienna and went via Hungary, Croatia to Belgrade, where ESGO Past President, Prof. Vesna Kesic, hosted a women´s cancer awareness event. From there the ride continued to Bulgaria and Greece and finally ended up at the famous Bosphorus bridge in Istanbul where ESGO President, Prof. David Cibula, and Vice-President, Prof. Murat Gultekin, and the Turkish health minister welcomed the participants of the ride.

In 2016, again, ESGO has undertaken multiple awareness activities in conjunction with national societies and local partners. The traditional Ride4Women initiative, the core activity of which is the annual bicycle tour, this year linked Vienna with Istanbul. 1800+ km, multiple riders, media presentations, press conferences, public talks to increase awareness – that all was part of the ride under the slogan “Be faster than cancer – together!” 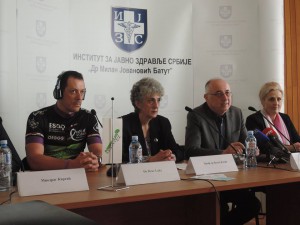 Prof. Vesna Kesic together with the Serbian Society of Colposcopy and the Cycling Association of Belgrade with support of the Ministry of Health prepared an amazing welcome for the cyclists in Serbia. A series of public events aimed at spreading information about cervical cancer screening enjoyed full media coverage as well as support from renowned athletes such as Novak Djokovic. As cervical cancer is a preventable and totally curable disease, when it is diagnosed at early stages, ESGO believes that increasing public awareness on cervical cancer prevention will ultimately make a difference on cancer survival.

Local cyclists including pre-schoolers as well as a 94-year-old Olympic champion accompanied the Ride4Women throughout Serbia. 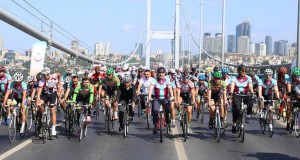 At the same time, Pembe Pedallar (Pink Pedals), a cyclists’ movement from Ankara, started their journey to Istanbul, in order to greet the Ride4Women at the Bosphorus Bridge, which was lighted up pink to remind the public about the importance of prevention and screening of women’s cancers. The bridge was also pedestrianized the next day in order to let the cyclists pass from Europe to Asia. Ankara-Instanbul stage was supported with the participation of 2016 Balkan Track Champion and Turkish both men and women National Cycling Teams. Full media coverage and governmental support from the Turkish Ministry of Health were a part of the gathering as well.

ESGO would like to use this opportunity to express sincere gratitude to all sponsors who supported these extraordinary and very important activities.

More impressions from the tour on Ride 4 Women Facebook page.

State of the Art Conference 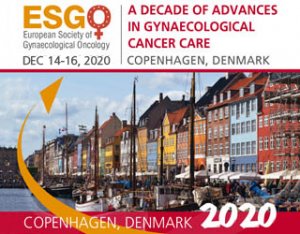